With its sanctuary to Apollo, the island of Delos was a major sacred site for the ancient Greeks. As the meeting place and treasury for the Delian League –an association of Greek city-states under the leadership of Athens– it was also an influential political force. 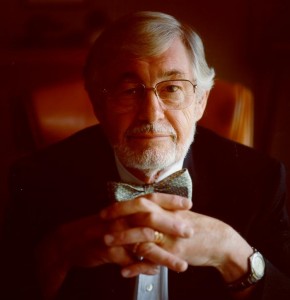 Upon completion of the experiment, he was surprised to find out that the implant was integrated with the bone and could not be removed.

Brånemark named his discovery Osseointegration –a term deriving from the Greek word osteon (bone) and the Latin word integrare.

The Professor realized that this finding could offer countless possibilities.

In Dentistry the implementation of osseointegration started in the mid-1960s. In 1965, Brånemark placed dental implants in a human patient for the first time. This patient was Gösta Larsson. When the man died 40 years later, in 2005, the implants were still on place.

In the following decades, Brånemark passionately fought the scientific establishment, supporting osseointegration and the need for its acceptance. The Toronto Congress that took place in 1983 played a catalytic role in the wider dissemination of the discovery and final acceptance of it.

Today osseointegration is a very common, widely used and effective practice for the rehabilitation of patients with severe problems. Its extensive use has resulted in several additions, changes and sometimes simplifications and improvements of implants and instruments used in various clinical applications of osseointegration.

This website uses cookies to improve your experience while you navigate through the website. Out of these, the cookies that are categorized as necessary are stored on your browser as they are essential for the working of basic functionalities of the website. We also use third-party cookies that help us analyze and understand how you use this website. These cookies will be stored in your browser only with your consent. You also have the option to opt-out of these cookies. But opting out of some of these cookies may affect your browsing experience.
Necessary Always Enabled

Any cookies that may not be particularly necessary for the website to function and is used specifically to collect user personal data via analytics, ads, other embedded contents are termed as non-necessary cookies. It is mandatory to procure user consent prior to running these cookies on your website.